As Sheffield Theatres celebrates its 50th anniversary, Bethan Andrews takes a trip back in time to see where it all started and how it looks today

Sheffield Theatres has been home to three theatres since 1971: the Crucible, the Sheffield landmark with a world-famous reputation; the Studio, an intimate, experimental and versatile space for getting closer to the action; and the gleaming Lyceum, the beautiful proscenium that hosts the best of the UK’s touring shows.

It’s held the title ‘Regional Theatre of the Year’ on four separate occasions and is known for pioneering progressive theatre and nurturing theatre leaders of the future. With a reputation for bold new work, their adaptation Life of Pi won four awards at the 2019 UK Theatre Awards and opened in the West End last year. This success followed Everybody’s Talking About Jamie, which started life at the Crucible in 2017, before transferring to the West End, embarking on a UK tour and being turned into a feature film. Essentially, since its creation, Sheffield Theatres has been leading the way for decades.

It’s incredibly fitting, then, that the family who perhaps know the most about The Crucible managed to pull together a book that had been years in the making just in time for the anniversary. So, how exactly did Sheffield Theatres start, and what’s the history behind the infamous thrust stage at The Crucible?

The Crucible and the Studio Theatre all began life thanks to a man called Colin George, the founding artistic director, who was committed to doing things no one had ever done before. This year, his son Tedd George published a book about the history of the space titled Stirring Up Sheffield. And stir up Sheffield the renowned theatre did, when Colin George fought to build The Crucible with a thrust stage, a controversial design that extends into the audience on three sides and doesn’t have a curtain or a dress circle. It was seen as radical, ugly in design and a “kind of freak that would be out of date in seven years’ time”.

Many years after leaving his position at the theatre, Colin George wrote a manuscript about the making of the theatre. Tedd George finished writing it after he died in 2016, his sister, Lucy, became the publisher, and this month they won the Theatre Book Award. “The book has drawn us all back together. Sheffield and The Crucible have a wonderful ability of doing that,” smiles Tedd.

He speaks of how much he loves that The Crucible story is a real theatre success story. What surprises people, however, is how much controversy surrounded it in the beginning. “They really fought to make the dream come true,” he says. “[My father] fought to have the thrust stage, two theatres, a main auditorium and a studio, too. It was crucial to him to have an experimental space next to the main one, despite people thinking he was mad.”

Pushing boundaries and creating change in the theatre industry was central to Colin George, and The Crucible has been hugely influential because of it. “It has the perfect thrust stage and it got the dimensions just right,” says Tedd. “Wherever you sit, you are connected to what’s happening on stage and the audience wraps around you, so it builds an incredible sense of excitement.”

It was also important to Colin George to create a public, open space, for everyone to enjoy. “My dad said he didn’t care if people came in to eat and not watch any theatre, because he said that, one day, they would buy a ticket,” explains Tedd. “It was always supposed to be a community centre and it’s why the ground floor is paving stones because it’s meant to have the idea that you are welcomed in from the outside.”

George loves how much the people of Sheffield have embraced it and made it their own. “I don’t think many people would even know there was this controversy,” he smiles. Fifty years later and the theatre has come far, and become exactly what everybody wanted it to be – it’s in the real fabric of Sheffield.

The here and now

One person who is particularly proud of the progress and history made is Dan Bates, CEO of Sheffield Theatres. “I lead a fantastic team and they do an incredible amount of work,” starts Bates. “We lead an organisation that is open, that people can feel they have a voice within it, and the theatre and its building is reaching its full potential because of it.”

Clearly, it’s still important to bring together a bold, progressive and widely varied programme of events. “We produce and write the plays and bring in the actors, and then the other side is that we present other people’s theatre – we host the best of the best work from around the world and region,” he smiles.

If Bates could sum up what people love so much about Sheffield Theatres and how far he thinks it has come in 50 years, what would he say? “I think, from the start, people have always expected the unexpected with Sheffield Theatres and you never know quite what you are going to see,” he says. “Predominantly, it’s about great new pieces of work that have cut their teeth in Sheffield and are made and created here.”

An obvious one is, of course, Everybody’s Talking about Jamie, which has become a cult classic after Sheffield Theatres spent four years developing it. “We were remembering The Full Monty the other day, too, and how it originated here many years ago and how it’s still going,” says Bates. “In fact, only last week, they were filming in Tudor Square for the Disney+ version, which gives it a nice circle of life for that project. Our audience demands a bit of wow, and there really has been 50 years of wow. For us, we are always trying to create a global brand that the people of Sheffield are proud of.”

The openness of the space and inclusivity promoted by Colin George in the very beginning is still present today too, and one way that Sheffield Theatres stands out is in its commitment to diversifying, moving with the times and seeing new opportunities where others might not. For this reason, The Crucible plays host to the Snooker World Championships for two weeks of the year, allowing the theatre to bring in a different crowd, raise its profile, and raise funds.

So, in its 50th year, what is Bates most excited about? “I think we’ve become somewhere that pushes our audience and pushes boundaries, and Rock/Paper/Scissors shows that well,” he says about the innovative show that will span all three of their theatres. “Covid has made us a bit braver and to push new ideas, and these all help us to gain a global reputation.” It sounds like we can expect another 50 years of spearheading theatre up north. 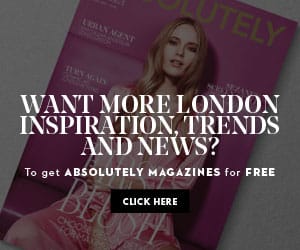 Why Dining At The Vices York Is A Unique Experience

Inside A Stunning Home Transformation In Ilkley, West Yorkshire